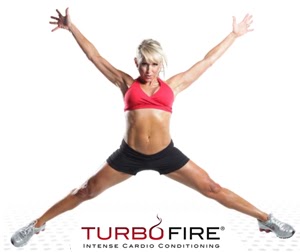 As I was finishing my workout today, inspiration was at the forefront of my thoughts. I had just finished a Turbo Jam workout, one which I had not done for months, and I continued doing extra exercises at the end. The DVD kept going and was beginning to interview Chalene Johnson, the creator of Turbo Jam and many other fitness programs. Ever since my first year of college, when I was introduced to Chalene’s workouts, I have continually been encouraged because of her. Most of my love for fitness could be attributed to Chalene.
In high school I played tennis all 4 years. Private lessons, group sessions, matches, hours of conditioning was a regular part of my life. The thrill of victory in a match was exciting. I worked very hard throughout my tennis “career.” Even though I exercised for hours and hours, week after week, year after year, I didn’t have the body I thought I should have. How could I play tennis for 8 hours, go through 2 outfit changes, different shoes (all due to sweat), and several bottles of water and gatorade without having a chiseled 6-pack? I was by no means overweight in any way but could have been healthier. Maybe it was the food. Sandwiches, chips, pretzels, crackers, pasta, cake, cookies, brownies, etc. I still had lots of fruit (mainly fruit and less veggies) but obviously the bad outweighed the good. Yet I wore a size 6 pant though (I know what some of you are thinking but for my height I don’t need to wear that big of a size).
January 2007, I was introduced to Turbo Jam. Kickboxing moves, jumping, fun music, core strengthening, and Chalene Johnson is what makes up Turbo. It changed MY life. By the time I got married (July 2007) I had dropped about 5-8 pounds. I wasn’t exercising more, it was less. Since tennis was over, exercise couldn’t stop. I was not able to sleep at night if I didn’t do a workout (still the same today). But now I found something that was fun and it was in my living room. No more jogging outside or on a treadmill where I counted every minute and every mile to finish. I loved singing to the music and watching Chalene do the moves so I could follow along. Not only was I having fun but I was strengthening my abs! Thus, my inspiration started with Chalene.
After I was married, I began working for a Chiropractor. The doctor was very proactive with nutrition and I learned many beneficial things. I began implementing them slowly into my diet. Within less than 2 years my body fat percentage went from 26% to 20%. Wow. I dropped a few pounds but mostly changed the shape of my body with weight training and Turbo. Chalene was still motivating me. Now I was wearing size 0-2 pant and I had the abs I always wanted. Victory! Baby steps. That’s what it takes.
Fast forward to post pregnancy. Will I get my six-pack back? Can I wear those size 0-2 pants? Will there be a day when I can feel the same again? I answer all these questions with a yes. Does it take time? Yes. Consistency? Yup. Hard work and determination? You bet! Going back to my workout today, when the DVD went to Chalene talking about why she created Turbo, her answer motivated me EVEN MORE. She said that she was tired of going to her closet and trying on several different pairs of pants because she didn’t like the way she looked in them. Sure, she could attribute multiple pregnancies, age, and life to it but she didn’t want to anymore. She wanted her 6-pack back and to feel good again. She didn’t want those excuses haunting her for the rest of her life. I just want to say that it is possible. Pregnancy and motherhood take a LOT out of your body and quite frankly, destroys it. But that doesn’t have to be the end. Stick with it. You will succeed. I am a woman just like any other and I have to work hard to get the body I want. I did before I had a baby and I do after I’ve had a baby. So don’t let these things get you down. Be inspired to keep going.